One of the many arguments for blockchain technology is that it would create a free market and make micro-transactions. The main problem with this idea is scalability, but innovations from different sectors have given hope to enthusiasts. In this article, we will look at the top layer 1 EVMs to watch in 2022.

Scalability of blockchains has long been a contentious issue in the cryptocurrency space. There has been an explosion of Layer-1 EVM-compatible blockchains on the market as a result of Ethereum’s congestion, which led to skyrocketing transaction prices.

We examine some of the most well-known and prospective Layer-1 EVMs that are anticipated to make significant advancements in 2022 as the industry shifts its attention away from Ethereum.

The Polkadot-based Moonbeam, created by the PureStake team, has a canary network called Moonriver. Developers may integrate smart contracts and dApp front-end offices created for Ethereum into the Polkadot ecosystem using this EVM-compatible platform.

Every new piece of code meant for Moonbeam is first sent to Moonriver, where it may be tested and confirmed in a real-world setting without the pressure of a network with a large market cap like Polkadot.

Moonriver raised more than 205,000 KSM in the crowdloan, which at the time was valued around $52.5 million, and easily won the second parachain auction on Kusama. The community-centric focus of the platform may, at least in part, be attributed to the public’s interest in Moonriver. The bulk of Moonriver’s supply is given to the community, as opposed to its Polkadot-based sibling project; 40 percent of MOVR’s supply is given to community incentives. Those that contributed to its crowdloan will get incentives equal to another 30% of the supply. A token allotment has not been given to Moonriver’s team or investors.

By 2022, the Ethereum bridge will account for most of Moonriver’s total value locked (TVL). Decentralized exchanges (DEXs), which own a 39.9% market share on the platform, come in second.

TVL by Category in Footprint Analytics

With around 15 million transactions per day, Moonriver is still the most active parachain on Kusama. The platform had over 380,000 wallets, 75 active integrations, and over 1 million MOVR locked in collator staking by the end of 2021.

The Moonriver network has produced over 3,000 ERC-20 tokens to far, solidifying its status as a major player not just in the Kusama ecosystem but also in the broader crypto community.

With 14.5M+ transactions, 380K+ wallets, 1M+ MOVR locked in collator staking, and more, Moonriver is still the most active parachain in the @kusamanetwork.

The C-Chain is the network’s private contract chain and one of the built-in blockchains of Avalanche. Developers may use the C-Chain to deploy smart contracts that were created for Ethereum since it is practically an exact replica of the Ethereum Virtual Machine (EVM).

The Exchange Chain and the Platform Chain are two more blockchains that coexist with the C-Chain. The network becomes significantly faster and more scalable than blockchains that conduct all of the functions in a single chain since each chain deals with specialized jobs.

The C-Chain makes it feasible for Avalanche to achieve its larger objective of becoming the world’s asset exchange. The chain manages the network’s validators, keeps tabs on current subnets, and makes it simple to establish new ones.

AVAX, the native utility token of Avalanche, serves as its fuel. Members of the Avalanche community may stake the token to become network validators, making it functional across subnets and the mainnet. Market capitalization for the cryptocurrency is $21.76 billion.

Users may make excellent use of their AVAX tokens in any of the dozens of important protocols that have already been implemented on Avalanche if they don’t wish to stake them on the network. Avalanche has locked in approximately $11 billion in value so far across dApps including Aave, Benqi, Trader Joe’s, Curve, and SushiSwap.

The importance of C-Chain in the Avalanche ecosystem stems from how well-liked lending protocols like this are. The C-Chain, which comprises the bulk of Avalanche’s TVL, is the preferred Avalanche chain for lending.

Avalanche has a sizable, close-knit community because to all of these characteristics, and this community has been driving the token and utility to new heights. Many people think the buzz will last far until 2022.

The Aurora (NEAR Protocol)

The NEAR Protocol team developed Aurora as an Ethereum Virtual Machine (EVM). For developers wishing to run their decentralized applications (dApps) on a high-throughput, scalable, and future-proof platform, the network was created as a turnkey solution.

The NEAR Protocol is used by the network, therefore it benefits from its performance. This allows the network to provide transactions that are not only highly quick but also very affordable. The basic currency of Aurora is still another significant benefit. Aurora’s basic currency is Ethereum’s original ETH, in contrast to other Layer-1 EVM-compatible networks.

Users may move their assets from Ethereum in a completely trustless environment via the Aurora Bridge, a component of the NEAR Rainbow Bridge.

Aurora will be run as a separate, self-funded project even though it has the same team and technological foundation as NEAR Protocol. The network is administered by a DAO, making it one of the few EVMs that has handed over the reigns and given its community power over the network.

The network will roll out staking for its native token AURORA in Q1 2022, giving the coin practical use. Additionally, the token has the ability to open up a wide range of new opportunities for its users by supporting protocols including 1inch, Band, ShowSwap, and DODO.

Cosmos had to wait the longest for Ethereum compatibility, but an EVM was ultimately added to the network in September 2021 with the launch of Evmos.

With the Ethereum mainnet and any other BFT and EVM-compatible settings, Evmos is an application-neutral chain. This interoperability is provided via its integration with the Inter-Blockchain Communication protocol (IBC), which also makes it simple for users and developers to transfer value across different chains.

The platform, which uses the Cosmos SDK to provide customers the composability, interoperability, and quick finality that Ethereum lacks, is the first IBC-compatible, EVM-based chain on Cosmos. As a result, Evmos can provide developers with a flexible EVM environment on which they may publish Ethereum-based apps without having to change any of their source code.

This may cause a large rise in the number of projects that gravitate toward the Cosmos Network, elevating ATOM, Cosmos’ native project, to new heights. The same holds true for EVMOS, the native cryptocurrency of the platform, which will be airdropped to all users who have used gas on a number of dApps on Ethereum and Cosmos, as well as EVM bridges, totaling roughly a dozen distinct dApps. In a campaign the business refers to as a “rektdrop,” the token will also be handed to those who were victims of some of the biggest rug pulls in 2021.

It’s reasonable to argue that Evmos has the ability to push Cosmos to the forefront of DeFi given how much growth platforms like Binance Smart Chain and Polygon achieved after creating their own EVM.

There has never been a bigger demand for chains that work with Ethereum. These four EVMs will have their hands full in 2022 as projects compete to give the most throughput at the lowest prices. One of the key factors influencing changes and innovation in the cryptocurrency sector is the increasing competition in the market.

Some predict that a major firm like Avalanche would rule the market, while others think that upstarts like Aurora will have the greatest development. Which of these EVMs will have the largest effect this year, however, is still too early to say.

However, it is obvious that neither cheap costs nor low latency will be sufficient to establish any of these Layer-1 EVMs as a market leader. The strongest community will be drawn to other aspects like cross-chain interoperability and a decent user interface, and it is the community that will determine how far any of these projects go.

The “crypto projects to watch 2022” is a list of the top Layer-1 EVMs to watch in 2022. These are crypto projects that will be worth watching in the coming year and they have been chosen based on their potential. 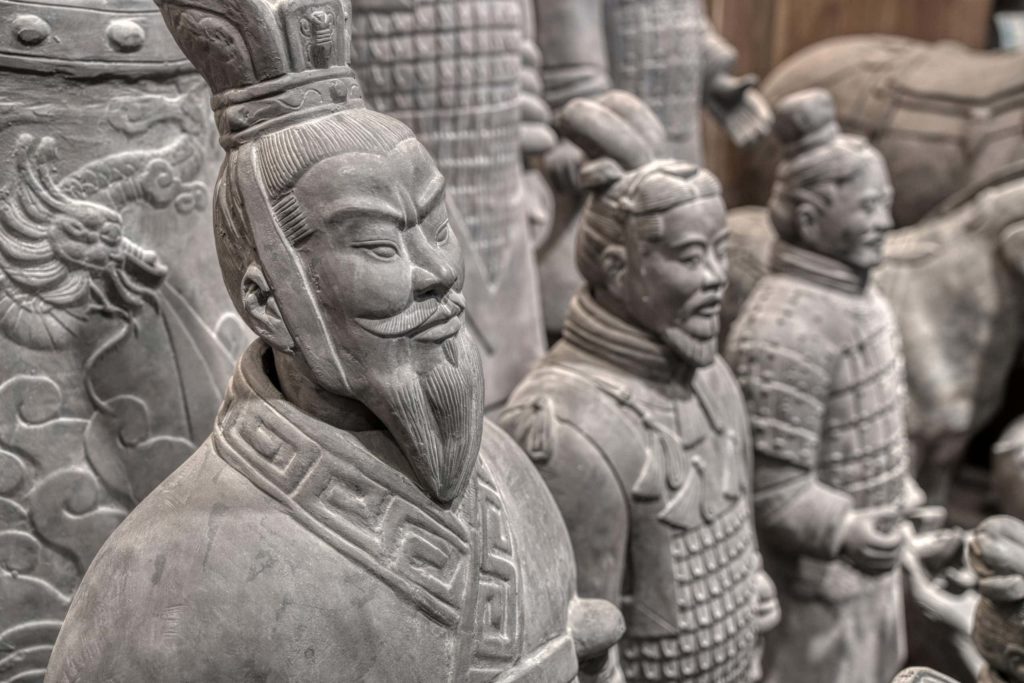 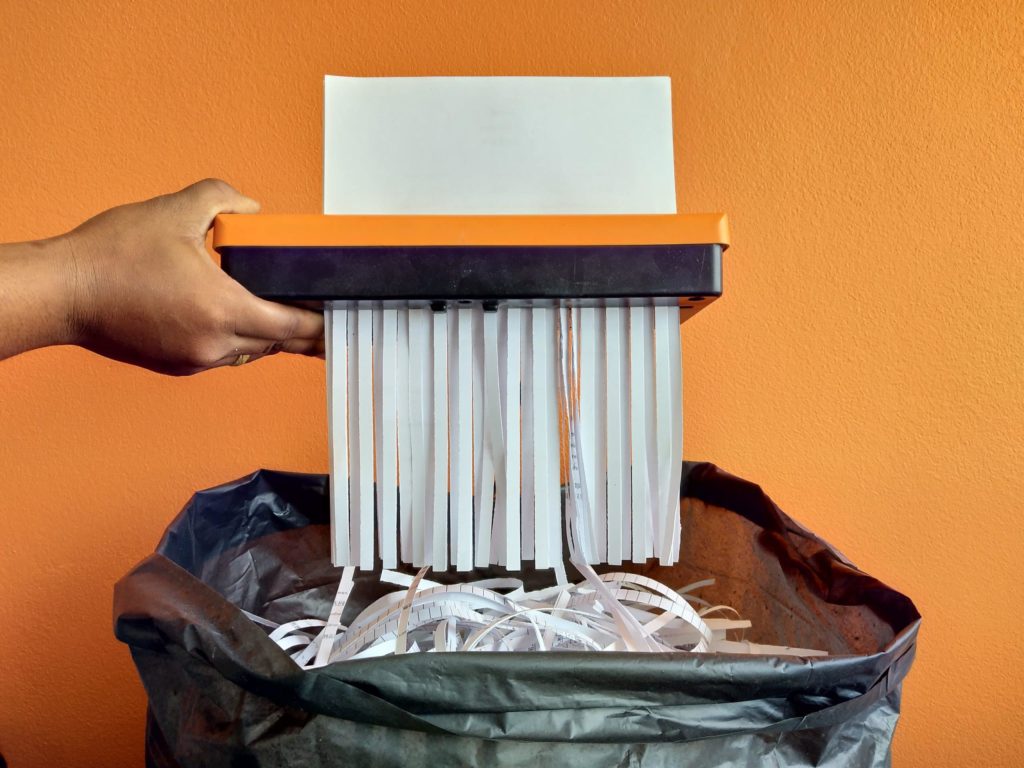